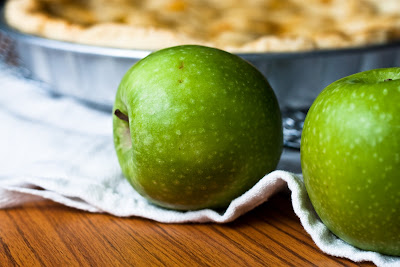 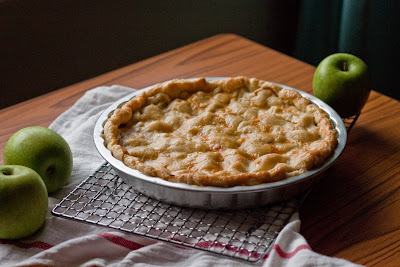 Happy Mother's Day!
Mother's Day= Apple pie at my house because my mom LOVES apple pie. She knows how to make it alright but she says she is too lazy and so it has become a yearly tradition (burden) for me to make apple pie for her on Mother's day. I say burden because I mean peeling, coring and cutting 7 apples for a pie that size is a ho-hum chore. Besides, I am a very slow peeler, corer and cutter so yes, burden, burden, burden. It almost just makes it worth it with that first bite (I mean, mom's first bite). It was tasty, pretty yummy, tart with a sweet tinge, just the way I like it (Mom, too!) but if I had help with the peeling, it would have tasted so much better (I am just saying)! 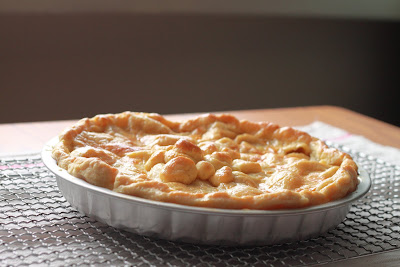 There is however an interesting story (as always) behind this 'burdensome' chore of making my mom's day apple pie. 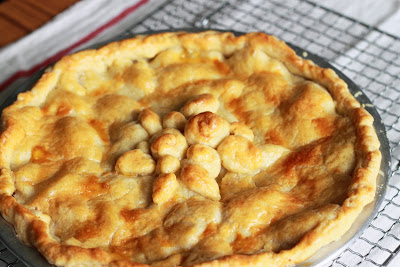 In fact, I thought it was pretty odd that there was no usual sleuth of advertisements on which restaurants to go to on Mother's day, which florists to purchase your carnations from for Mother's Day, no tweets asking people what they were doing for their good ole moms, no siblings eagerly pushing the duty of getting the present to each other, no friends complaining about how carnations the size of their thumbs cost 2 dollars. Zilch. 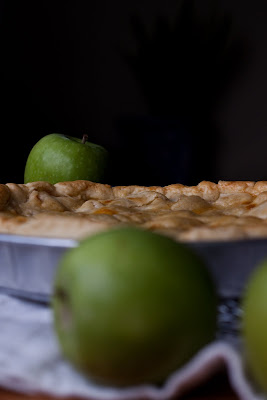 I did ask my siblings if they knew it was Mother's day on that particular Sunday. Despite their raised doubts, I was still somehow stupidly convinced that it was and berated them about forgetting about it. So Sunday rolled by and my mom asked me if she could eat the apple pie on the table and I said of course, it is your Mother's Day present! She looked at me and said it was not Mother's Day, Mother's Day was not for another 2 months. We all had a good laugh about it over some pie but two months rolled by and I still had to make one last Sunday for the real Mother's Day! I did try to weasel out of it by joking with my mom the day before, telling her that hey, you ate your present 2 months ago, I am not making another! She pretended not to hear me. How convenient. 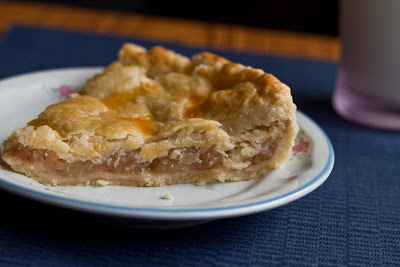 So, along with the usual sleuth of advertisements, tweets and complains, Mother's Day was celebrated at my house with some pie. Mom being the happiest of course having gotten two pies this year. 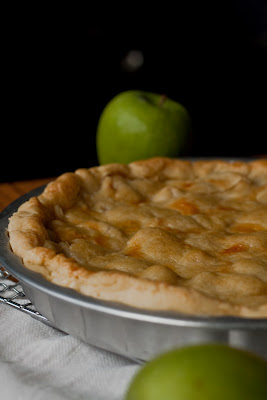 This is a pretty long post with lots of pictures because well, I have time now and I was away for pretty darn long! Truce? 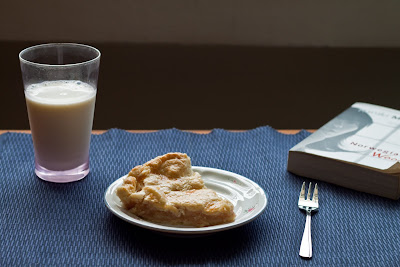 I absolutely love mornings like this with apple pie and Murakami. Simple yet immensely satisfying.

The milk is just there because milk and cookies go together just like milk and apple pie or was it vanilla ice cream? Anyways, I do not drink milk so le brother/s will have to finish it for me later on with his/their slice/s of apple pie when he/they get/s back from school. 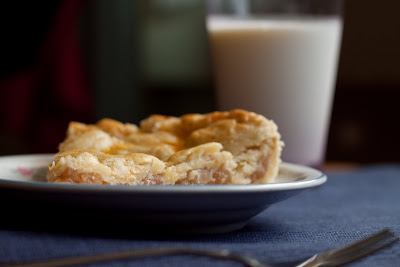 Posted by chocolatecup at 6:05 PM

Mmm, apple pie! I would kill for a warmed slice of that with a huge scoop of vanilla ice cream! :D

my mom used to make apple pie all the time. i always loved it, but i think i've only made it once in my entire life... i wonder why that is.

Your crust looks delicious. What recipe do you use for it? I usually just use butter, flour and ice water and brush the top with milk.